There is one sure way for an editor or publisher to find out the amateur: the viewpoint switch.

First things first. Before we have written the first line of a novel we have to know both from whose point of view we’ll be telling the story, as well as decide whether we’ll use first-, second- or third-person narrative to do this.

Getting the viewpoint consistently right requires a great amount of skill and care. One mistake and the intended effect will be destroyed, rather like the appearance of a stain on an immaculate dress.

Let’s get into the nitty gritty of common mistakes when it comes to viewpoint.

The first one is such a basic mistake that it very rarely finds itself on the page of a submitted manuscript, although if ever it does, it is a good enough cause for instant dismissal. I refer of course to:

1. Switching from first person narrative to second, or third person. For example:

“I remember clearly the first day I met Clare. She was the angriest person he‘d ever come across. We decided to go through the date anyway. I did not think that I’d ever see her again. But then Mike had been known to be wrong before.”

Although this is an extreme case, I hope it illustrates how confusing the switch in narration can be. Mike begins by telling the story from the first-person, but then quickly changes to first plural and then goes on in third, first again and third again. Confused yet? I know I am.

2. The second type of mistake is just as easy to identify, and it refers to instances when the narrative method is consistent, but the viewpoint character changes:

“I loved the way he flipped that coin between his fingers. Heads! he’d declare with such confidence as if the outcome was fated. He was the same when it came to every aspect of his life. It was mesmerising. I knew that she liked me, admired even. What I didn’t expect was to be ambushed on a third date with silly questions about where all of this was going. Nowhere, darling. That’s what I wanted to tell her, but I bit my tongue and said instead that we’ll flip a coin for it.”

The first six sentences are written from the point of view of the female character. Let’s call her Clare. Although the narrative continues in first-person, it’s clear that the viewpoint character suddenly switched. It is her male companion, Mike, speaking next.

Although it is possible to have more than one viewpoint character in a novel, it is best if each of them have their own separate chapters or else the reader will soon be confused as to who is telling the story and when. Within each individual scene or chapter however, it is key to stick to one viewpoint.

There are many experienced writers who use the viewpoint switch to their advantage, but they will never make the switch mid-sentence or mid-chapter. That is the sign of an amateur and they will soon be found out and sent home to think again (from one point of view only henceforth, or so we hope).

3. Have you ever come across a character who knows things they shouldn’t? Hopefully not, as such characters usually find an early death on the slush pile. Of course this is not a case of busy-bodies who shove their noses where the sun don’t shine as it were, but rather it is about characters who suddenly and incomprehensibly know what other characters are thinking and feeling.

“Mike decided that Clare will have to do. His parents insisted on a plus one, two days before his brother’s wedding, and out of all his on-off girlfriends she was the only one who was free that weekend. He watched her walk away from the table, wondering whether she danced as well as she walked. She stopped when she reached the door, turned around and waved. She thought he looked handsome in his burgundy shirt and skinny jeans.”

You may have noticed the offending line. Yep. It is the last one. It’s Mike’s viewpoint we witnessed throughout the paragraph, so how on earth is he supposed to know what Clare was thinking? This is a blatant example of viewpoint inconsistency. Unless this is a paranormal novel and we’ve already established that the viewpoint character can read minds, that line needs to be cut out and quick.

4. The final mistake I will mention in this context is the most difficult to spot. It usually occurs at the start of a novel where we first meet the narrator: the viewpoint character that does not engage the reader.

I won’t attempt to write an example for this, because it is rather tough and I hope at least that I’ve never done it in the past and will never in the future. There are several ways however to identify such a narrator: they will be plain boring. Their voice will be bland and unoriginal. There is nothing distinctive or gripping about how they introduce the story and as a reader you won’t either like them or dislike them, you simply won’t care. The result of course is that you won’t care about the story they are telling either.

The solution is also quite simple. Get a trusted reader to peruse the first five pages of your manuscript (no more) and ask them to answer the following questions. Does the voice of the viewpoint character stand out on the page? Do they have an idea of what that character is like from those pages alone? Is their interest piqued?

If the answer is “no” to any of those questions, then it is a clear case of the viewpoint character requiring a little spicing up.

Now that we’ve got the viewpoint and narration down, we’re ready to step into character. See you on the other side. Bring me a loveable villain and a conflict-driven hero and we’re in business! 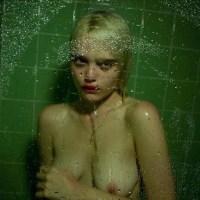