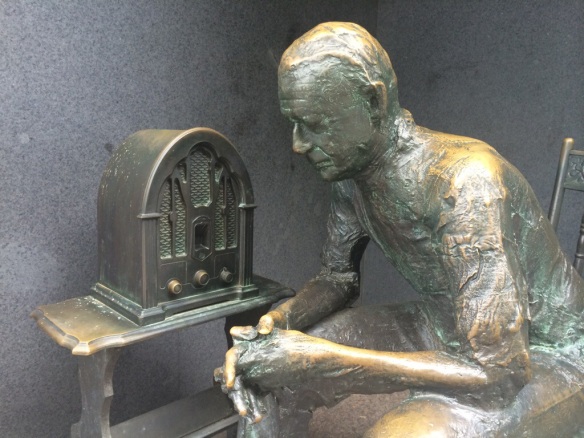 “After silence, that which comes nearest to expressing the inexpressible is music.”

— Aldous Huxley, Music at Night and Other Essays

About this image: This is one sculpture amongst the many that have their home in the outdoor rooms of the Franklin Delano Roosevelt Memorial in Washington DC. The memorial is a focus for those who work tirelessly to promote the welfare of disabled citizens. I thought that this sculpture captured beautifully both the idea of sound and its absence,

To remember I try…

Be a beautiful lie

At once worshipped and slain.

In streaks of light washed away

This has been a toughie. Sorry to have kept you waiting, my darlings, but I hope you think it worth the while. The main reason I came up with the COMING SOON post was to prevent myself from chickening out of the post you are reading now.

I was a happy, healthy, confident young woman. And then I wasn’t.

This is what depression does.

It crushes all that is good in you. It blinds you to the best you have to offer. It hollows you out.

I lead a charmed life. This is how I see it when I am healthy. This is what I cannot see when I am depressed.

I am lucky to have a wonderful husband, great friends, and a caring family. They would’ve helped me through this, if I had let them.

I didn’t. I couldn’t. I was the maiden in distress, in my impenetrable tower. There was no Dragon guarding the entrance. But the other D was.

I know now that I am not alone.

I hope that my speaking out about this will help others who continue to suffer in silence.

It took me a long time until I realised that enough was enough!

Time to break the silence on depression.

This letter is as much an apology for pushing you away, as it is a public acknowledgement of my struggles.

I do not want to start with an apology. Apologies sound hollow when written. You deserve so much more than any of these feeble surrogates for feeling could express.

I do not want to give any excuse for my absence, and for failing to get in touch with you. What I want to do instead is explain. And trust that you will understand.

I have been depressed. Still am. Clawing my way out of the bottomless pit.

I cannot pinpoint the moment when it came back. It is difficult to say, because when it comes it does not announce itself. There are early symptoms, yes, but there have to be eyes and a willingness to see them too.

My near-obsessive focus on getting the thesis submitted on time blindsided me to those warning signs.

I did not see them, because I did not want to see them. I could not, would not accept that this was happening again, so soon (at least it felt that way) after I’d managed to recover last.

I marshalled forward regardless.

One morning, some six months ago, I got in front of the computer. Routine. Turned it on. Opened the file. And then it happened.

I had to crawl downstairs and get out into the garden for air. I could not breathe inside. Every time I returned, it struck again. After a while the attack subsided. I thought it best to take the rest of the day off. I put it down to exhaustion. One day. And I will be fine again.

For over three months, it happened again every morning. And then it got worse. It stayed. Chest constricted, gasping for air, hour after hour. I lived in panic, became paranoid. Afraid.

I do not know what I was afraid of.

Being watched. Being seen. Being found out.

When you are in the clasp of depression, the fear is somehow organic. Now that I am slowly coming out at the other end, I struggle to understand the logic, if there was any, behind this fear.

I isolated myself from the world. Worse than that. I was still in denial. No one close to me knew first-hand what I was going through. None of my friends. No one in my family. Not even my husband.

I concealed it from him until ten days ago, when I finally broke down and told him all, that I could see no end, no solution in sight.

The past two years, call them five, were an incredible strain on our relationship. We’ve pulled through somehow. It is beyond me how this did not manage to wreck my marriage, because it certainly gave it a good try.

Two years ago my grandmother died. It made me realise that I had become estranged from my father, if not by choice then by omission. It broke me.

I was afraid it would be the final straw, that he would not be able to take any more of it and I would be left alone, with my world crumbling around me. I am grateful that this did not happen. Yet the feeling of panic and fear were constant. My relationship was the only thing I had left that kept me going. I was afraid that if I told him, I would lose that too.

In the past, I’d never considered, really considered suicide other than in theoretical terms.

I always supposed that thinking about death, the pointlessness of life and pain, the lack of meaning in this world, were all prerogatives of a philosopher’s daily burden. I was a philosopher in training, so it was only to be expected that the subject would concern me.

When I finally hit rock bottom, the line between theory and action became blurred. Too blurred for comfort.

I was afraid that in one of the worst slumps, I would no longer take the daily demons, and do something stupid. Put an end to it.

For months I was an automaton, going through the motions, barely alive. I ate. I slept. I could not function at any other level as a human being.

It was worse this time than the last. Two years ago I couldn’t eat, couldn’t sleep, cried myself into the morning night after night. Had to skip several nights of sleep for my body to become so exhausted that I would finally collapse and rest. Not this time around. It was worse, because all feeling, all emotion was numbed.

I was in denial about being depressed.

Not eating, not sleeping, and crying: these were all symptoms I could recognise. So my mind created a blocker, numbing all emotions. I subsisted in this false state, where on the one hand I was incapable of doing anything that might categorise me as a functioning individual, and on the other continued to deny this being the case.

Every morning, I climbed the stairs to the top room after breakfast, put my computer screen on and then stared blankly at it for hours on end. The panic attacks came. I numbed that too. When I felt them coming, I went through the motions until they subsided enough. I accepted them as part of my daily life, just like eating or sleeping. It was something that happened. That was all.

I had a whole pack biting at my ankles. When one was done, another took its place. I can’t even be sure that they are gone. I still feel them lurking in the corners, around the recesses of my mind. They are always there. All I hope, is to keep them tame enough. Live to see another day.

I know now that I ought to have sought help. But I didn’t. Depression does that. It made me, in a skewed deranged way, impervious to the outer world. I became a spectre.

I used it as a purge, or the equivalent of a leech that would presumably suck out the bad blood that coursed through my veins.

Day after day I wrote. I clasped onto it. It anchored me into life. After a while I breathed. I started clawing my way out of the abyss, see the light again.

It is time for me to break the silence on depression. I refuse to be ashamed or afraid.

I am grateful to you for all the support over the years. I hope that I succeeded with this letter, if not to fully explain, at least to make a positive first attempt at explaining myself.

With the deepest affection

COMING SOON to a VICBRIGGS BLOG-SCREEN NEAR YOU

Breaking the silence on Depression A letter to my mentor and to you. The first instalment of my coming out. I did not realise the size of my cupboard until I started writing. No, not the Cumberbatch cupboard. More like the Steven Fry cupboard. No. Not that one either. Ha! Although I get the confusion. The depressive cupboard. I am out. I add my number, make it count.

An enquiry into conflict and consensus, and their importance for democracy, Gulliver-style.

To be human is to be rational, surely. Or… is it? And… Do we have to agree to be good citizens?

Are you a Yahoo? Lilliputian? Brobdingnagian or Houyhnhnm? Have your say either way!

Gulliver’s Democracy: Fragments of Democracy in a World in Fragments now available @ https://shardsofsilence.wordpress.com/2013/09/24/gullivers-democracy-fragments-of-democracy-in-a-world-in-fragments/ 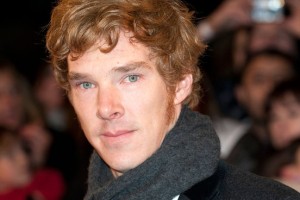 “It is not stalking. It is simply intense research of one particular person,” reveals vicbriggs, “and I’m a professional. Have the certificate to prove it.”

The Batch on Sunday interviews vicbriggs on working with Cumberbatch and life after Sex with You Know Who. #BenedictCumberbatch now available @ https://shardsofsilence.wordpress.com/2013/09/08/benedictcumberbatch/

vicbriggs and AOpinionatedMan on life, the universe and Opinion!

The month of September will be called Project O on Opinionated Man’s website: a temporary forum on the topic of “opinions.” He asks if and how the formation of opinions differs according to country, nationality, culture, gender etc.

You can see a preview of my contribution available @ https://shardsofsilence.wordpress.com/2013/08/26/project-o/

Please note that Project Opinion ended on the 30th of September. All questions regarding the project are to be addressed to AOpinionatedMan. See links below.

Vintage Vicmark doing its best to stave off new arrival Cumbervixter this summer. Whether you are looking for a reliable motorcar for your everyday needs, or  just a spiffy something for the weekend, don’t miss out on this one-off point by point breakdown of which wheel you’d best get behind and why.

Fun with automobiles! Showroom Extravaganza coming soon to a vicbriggs blog-screen near you!

All this and so much more only on… vicbriggs-blog.

What choice is there?

Which is the greater freedom:

Desire and not care,

Or squash it into boredom?

Hope offers one no pleasure.

Silence and speech, both hurt 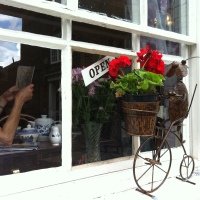