As some of you may already know: while being a writer, I am also a philosopher-in-training. Currently my philosophy project is on hold, however there are several pieces that I have written that would lend themselves well to this medium.

So here is my question to you: Do you think that philosophy posts would be a welcome addition to my current range of topics, and if so, what subjects would be of most interest to you personally?

Machiavelli, the art of politics and the pursuit of virtue?

‘The Prince’ is one of the most controversial and somewhat enigmatic texts written in history. Machiavelli undertook a challenge that none of his predecessors and contemporaries dared to take and cut deep into conventional views on the nature of human beings, the nature of their governments and the relationships between the two. Although he follows to some degree into the footsteps of his contemporaries in making ‘the Prince’ a guide for action, he breaks the pattern and seizes attention through juxtaposing contraries, offering a secular theory of statecraft and revolutionising the meaning of justice and virtue.

Machiavelli’s contemporaries believed that in order to maintain a state, honour, glory and fame, a ruler had to follow the virtues of Christianity: “So one man is described as generous…open-handed…gentle…reliable…sympathetic…straightforward… easy-going… cheerful… religious” (1994:48).

According to Machiavelli however, this was not the case. He discusses what politics is rather than what it ought to be. In order to be successful in politics a prince had to be flexible in his approach. Flexibility is virtue for Machiavelli. Policies should be shaped by circumstances. Machiavelli believed in the power of changing conditions and strong personalities in shaping events, hence the lack of precise instructions for action. Princes should always adapt their styles of rule to the new realities.

Machiavellian virtue is about success. Machiavelli argues that as victors write history thus citizens will forgive and forget their ruler’s cruelty and less orthodox means, as long as they bring economic success and long-term happiness:

“In the behaviour of all men, and particularly of rulers… people judge by outcome. So if a ruler wins wars and holds onto power, the means he has employed will always be judged honourable, and everyone will praise them.” (1994:55)

The text has often been accused of carrying an ethics of political convenience, which sanctions murders and other forms of bloodshed in the name of stable government, meaning that the concepts of good and evil are void in Machiavelli’s politics. Ends excuse means: good is what works.

Yet in ‘The Prince’ Machiavelli clearly states that cruelty should not be abused and that the Prince should avoid the massacre of his own people, betraying friends, breaking his word or acting without mercy or religion: “he must avoid above all being hated and despised” (1994:50). Politicians should adapt their actions to circumstances: always do right if they can, and only do wrong when necessary. A prince thus is to be virtuous, but never at the expense of his security or the security of his people. Once a Prince has disposed of his enemies and consolidated his rule, there is no reason why he should not follow Christian morality in his relationship with his subjects; it is on the external arena that a Prince should never give up his flexibility of action:

“One contemporary ruler… is always preaching peace and good faith, and he has not a shred of respect for either; if he had respected either one or the other, he would have lost either his state or his reputation several times by now.” (1994:55)

To consolidate power externally states have to enslave other states, Machiavelli argues, but to consolidate internal power, rulers have to serve their subjects. In inter-state relations circumstances determine what qualities are good and which are bad. Rules in politics are guidelines, rather than laws to be followed exactly and they should not be followed unconditionally (if they bring an advantage).

On the other hand, in politics it is impossible to please everyone; therefore one should strive to not be hated, rather than to be loved by his people. Machiavelli recognised at this early stage the power political legitimacy has in the eyes of the population to be ruled and the importance of manufactured images to politics:

“The common man accepts external appearances and judges by the outcome; and when it comes down to it only masses count; for the elite are powerless if the masses have someone to provide them with leadership” (1994:55).

Thus Rulers should look for the support of their subjects, rather than that of the elites and should ensure that their image is a popular and dignified one, as in politics being seen to be something equates being that something. This is due to the fact that Princes and politicians are judged by their images and by the results of their actions only.

Machiavelli does not have a high opinion of human beings: “men are always wicked, unless you give them no alternative, but to be good”. He also does not believe people change, hence the advice to learn from the past.

Although largely criticised, Machiavelli’s book has been very influential with modern thinkers: Hobbes expresses a similar distrust in humanity, emphasises the importance of stable government and similarly advocates that the lesser of two evils makes a good. Locke, on the other hand develops further Machiavelli’s idea of popular power in politics.

More importantly, with Machiavelli it becomes possible to speak of politics separate from religion. Two parallel spheres coexist without the possibility of reconciliation due to their conflicting systems of value: as Machiavelli argues that the political sphere is an amoral one.

Machiavelli discovers a new contingent knowledge – modernity begins with him, as he transforms the way human beings perceive themselves and the world around them.

Machiavelli’s book is certainly very successful; as a result today’s values are no longer derived directly from theology. He also offers a bold and original account of politics, which has not lost its controversy and, arguably, remains valid today, as politicians in the modern world are very much as Machiavelli described them; if only Princes have been replaced by States and their governments. 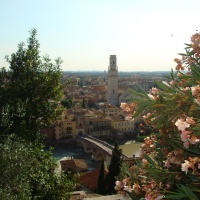