Perhaps it’s just me, but nowadays when I put on the TV I find increasingly that the line between what is and what is not news has become so blurred that no end of trivia finds itself on the news. Do I really need to know about the latest slanket craze?

Take yesterday for example. Flashing on every screen were images of Nigella Lawson with the caption: “Nigella Lawson admits taking cocaine.”

NOT NEWS I wanted to shout out in exasperation. That is a private matter. Or a matter for the police. Whatever the case, it is not something that I or anyone else in Britain or the world needs to know.

If anything in Nigella Lawson’s experience is in the public’s interest to know then it’s certainly not her cocaine use. Instead, why couldn’t the press focus on the domestic abuse she has been submitted to instead. Why is that only a footnote?

After all, that is the cause behind her recourse to drugs or at least so she claimed  yesterday when she told a jury that “acts of intimate terrorism” by her “brutal” ex-husband, Charles Saatchi, drove her to cocaine and cannabis use. 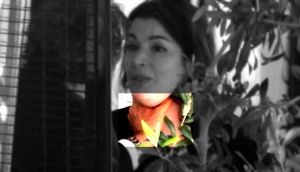 This is the image of Charles Saatchi throttling Nigella Lawson outside Scott’s restaurant in Mayfair in June. He accepted a police caution for assault, but afterwards “menaced” her with threats of drug allegations and went through with the threat by publishing those allegations on an internet site.

The Isleworth Crown Court in west London had its share of the action on that front when Miss Lawson declared that Mr Saatchi was trying to “destroy” her by making public her drug use after his “menaces” failed to force her to return to him.

Her allegations appear justified by the fact that she was asked to be a witness for the prosecution on a fraud trial and instead finds herself under the limelight for events that have absolutely nothing to do with that trial.

This is what she said herself when asked to explain why she was reluctant to give evidence for the prosecution in this case: “I felt that this would not become a fraud case, I would be put on   trial and actually that’s what has happened. I have been put on trial here,   where I am bound to answer the allegations and it comes after a long summer   of bullying and abuse and I find it just like another chapter in that.”

It looks like she was right to fear it since it is her and not the trial that makes the news.

How about this as front page news instead?

Did you know that the NSA gathers 5 billion cell phone records daily? Or that there is a staggering location-tracking program implemented without any public debate, and a substantial number of Americans are having their movements recorded by the government?

Did you know that there are sectarian clashes in the Central African Republic and that the French are gearing up for a major intervention? Or, that after an attack on Yemen’s defence ministry compound in the capital Sana’a on Thursday morning, at least 20 people were killed?

Also, did you hear that Egypt’s new laws curtailing the right to protest have already led to the arrest of top political activists and is a major threat to democratic freedom?

To me at least, this is news. Nigella’s dalliances with drugs, on the other hand…

Perhaps Nigella could take a leaf from Benedict Cumberbatch’s books on this and come out of court sporting her own handwritten message.