Theatre is one of my great loves, rediscovered after many a year of silence. In a strange twist of fate, it was an unexpected obsession that triggered a return of this passion: I don’t fancy Benedict Cumberbatch. Daily Prompt: Pants on Fire.

It seems that I can never do things by halves, and whilst others would’ve been content in the role of spectator, I ended up on acting courses at RADA, and have even tried my leg on the West End stage as an extra in The House of Bernarda Alba. It was an experience like no other and for months after, I walked in a daze, unable to believe that it had happened to me.

I am not a playwright. The only play I ever wrote was in collaboration with my best friend, our little project for an afternoon when we skived off from a test and created our own surrealist version of Iona – the man trapped inside the bowels of a fish.

What I will share with you today is my first mature attempt at playwriting. It is an on-going project, so I will share one scene at a time in the hope that your insights and feedback will help bring it to a conclusion. 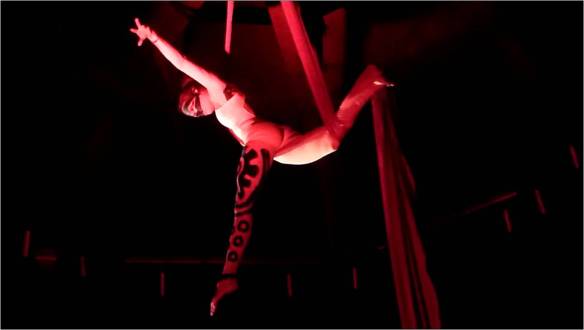 Complete darkness, silence, then a giant clock ticks away. The light flashes on and off with every stroke. At the seventh stroke a woman appears in the middle of the room in the centre of what appears to be a giant womb pulsating with a dark red light.

The light outside the womb continues to flash on and off, but it is now more localised and subdued. The woman appears to be completely naked and looks disorientated. She tries to get her bearings, unsure of where she is. Her hands feel for the walls of the womb, examining, attempting to make sense of her surroundings.

Suddenly panic takes over and she wants to get free. She throws herself against the walls of the womb, trying to rip through. Her body is attached to what looks like a giant umbilical cord. After struggling to pierce through in every direction her neck gets caught in the cord and she hangs from the ‘rafters’ of the womb.

She scuffles to get herself free, but fails and after a little while her body is motionless. The red light flashes outward strongly, followed in near synchrony with the white and then the space is enveloped in complete darkness once again.